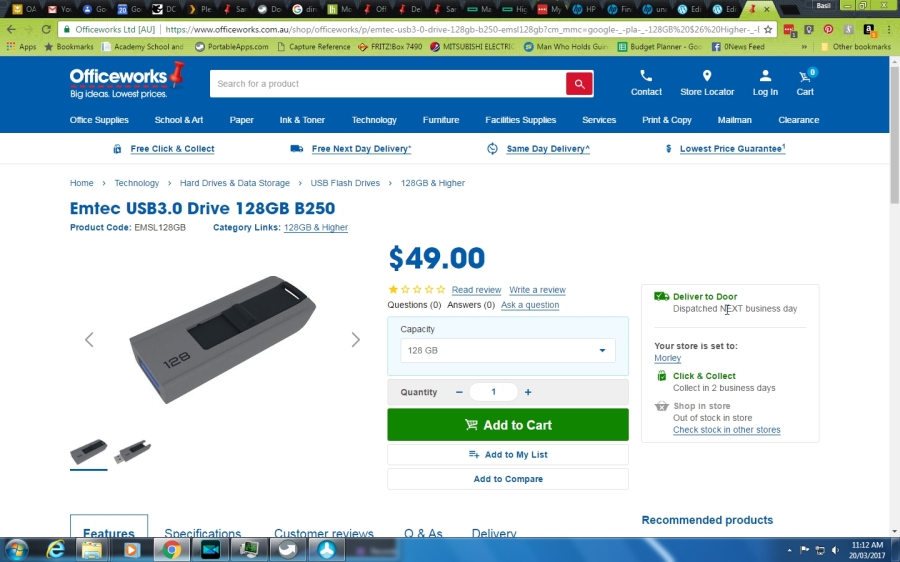 A USB3 128 GB USB stick for under AUS$50! I bought one last week. Too good to be true? It was. Don’t waste your money on this. In use, it seemed very sluggish. I thought to myself ‘Something’s not right’. I decided to investigate further. 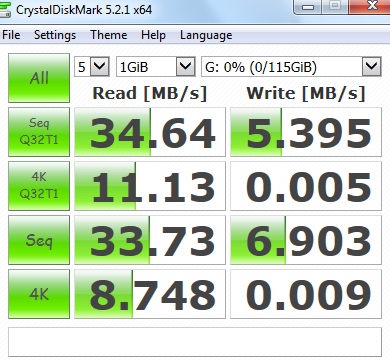 Running Crystal Disk Mark benchmarking software on the drive, what becomes very clear is the appalling 4K write performance. It’s almost non-existent! And this is on a USB3 port. My suspicions grew. Next was to repeat the test on a USB2 port.

For comparison, see the results of benchmarking on a Sandisk Ultra USB3 64GB flash drive I  also own. Sequential reads/writes are significantly improved. Interestingly, the 4K read performance is about half that of the EMTEC drive, but there is at least a 140-fold improvement in 4K write performance. 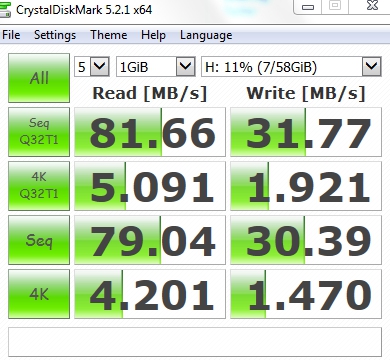 In summary, this USB3 drive performs very poorly overall. There is a marginal improvement in performance when it’s used in a USB2 port.

EMTEC is a French company with its product roots in BASF, a well respected in magnetic media in the latter half of the previous century. Current impressions… Based on this experience, I’m not prepared to try any of their products and will be giving them a wide berth. I suggest readers also do the same.